Uprooted On Longlist For The Dublin Literary Award 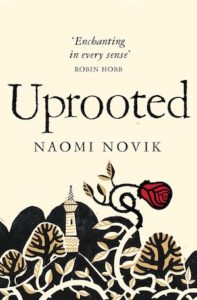