During her Reddit AMA a few days ago, Naomi shared that she is working on a new novel!

What is it? This is how she opened her Ask Me Anything:

“Hi all, I’m Naomi Novik, the author of Uprooted and the Temeraire series, which just concluded with League of Dragons. I’ve also got a short story called Spinning Silver, inspired by the Rumplestiltskin fairytale, coming out this very month in The Starlit Wood anthology, which I’m working right now on expanding into a novel.”

Sounds like another magical tale in the vein of Uprooted. I’m super excited about that!

To get an early look at it, read Spinning Silver in The Starlit Wood, the new anthology publishing on October 18th!

ABOUT THE STARLIT WOOD:

Once upon a time. It’s how so many of our most beloved stories start.

Fairy tales have dominated our cultural imagination for centuries. From the Brothers Grimm to the Countess d’Aulnoy, from Charles Perrault to Hans Christian Anderson, storytellers have crafted all sorts of tales that have always found a place in our hearts.

Now a new generation of storytellers have taken up the mantle that the masters created and shaped their stories into something startling and electrifying.

Packed with award-winning authors, this anthology explores an array of fairy tales in startling and innovative ways, in genres and settings both traditional and unusual, including science fiction, western, and post-apocalyptic as well as traditional fantasy and contemporary horror.

From the woods to the stars, The Starlit Wood: New Fairy Tales takes readers on a journey at once unexpected and familiar, as a diverse group of writers explore some of our most beloved tales in new ways across genres and styles. 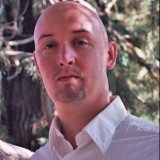